Australian Football Stuff - not worthy of a thread

Insertnamehere said:
I'm pretty cold on us beating Roar. They're well on the way up.
Click to expand...

And we struggle big time against them
T

Insertnamehere said:
I'm pretty cold on us beating Roar. They're well on the way up.
Click to expand...

They seem hot and cold to me and still have their weaknesses but ultimately we cant be making excuses for teams around us on the ladder we've just got to get it done.
T

Victory playing Bali tonight. The standard of finishing has been poor to say the least.

I was on the Kruse hating bandwagon for long enough but he’s been their best player since he got fit. Nabbout a far bigger waste of money atm.
O

Makes me wonder how many best practices CCM follow?

Socceroos and global superstars confirmed for Football For Fires exhibition match in Sydney
Former Socceroos skipper Mark Milligan will join some of the greatest international footballers of the past decade in a blockbuster bushfire relief match at Sydney’s ANZ Stadium, to raise funds and honour thousands of brave volunteer firefighters and State Emergency Service personnel, Football Federation Australia confirmed on Tuesday.

They join star players from 15 other nations who will line up in the #FootballForFires match on Saturday, 23 May to say “thank you” to the men and women who have participated in the daily fight at the frontline of the Australian bushfires crisis.

It is also a chance for Australian fans to celebrate and say goodbye to retired Socceroos captain Milligan. 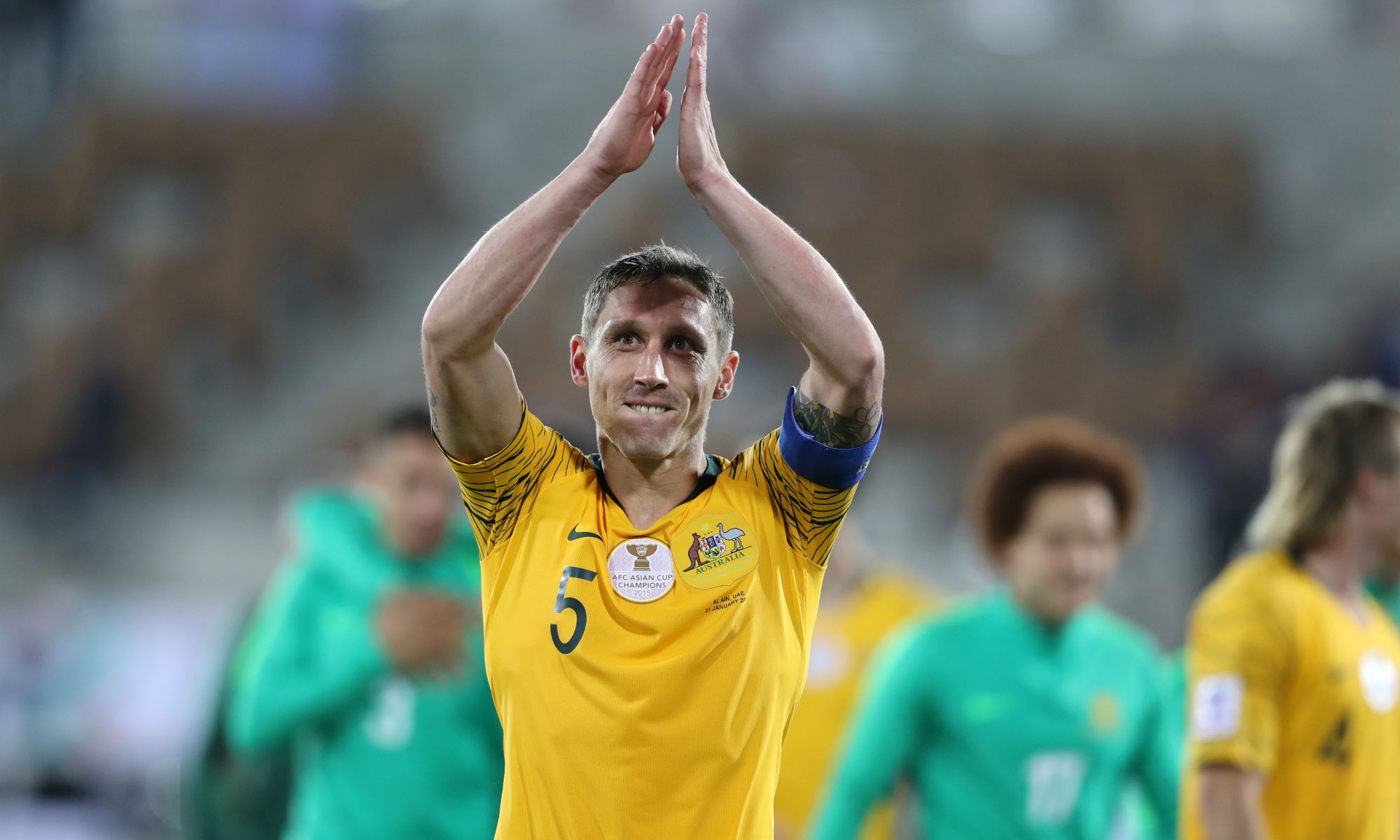 Mark Milligan headlines five ex-Socceroos to play in the charity match
FFA Chief Executive Officer James Johnson said he was delighted that football had come together for this very special occasion.

“The thoughts of the entire football family have been with the victims of these terrible bushfires over the past few weeks,” Johnson said.

“We now we have this important opportunity to harness the power of our global sport to raise funds to assist in the re-build of our local devastated communities, and honour the brave men and women who have put their own lives at risk during this unprecedented natural disaster.

“I’d like to thank the NSW government, Football NSW and Northern NSW Football for their support of this event, and Lou Sticca and Tribal Sports Group for their work in pulling together such a great list of players.

“I urge all football fans to join us on 23 May at ANZ Stadium for what promises to be a unique and memorable event,” he added.

Venues NSW, the government agency that owns ANZ Stadium on behalf of the NSW Government, is providing the venue free of charge for the #FootballForFires match.

“Football stars from across the globe are lining up to be part of this fantastic match to raise funds to help restore football facilities damaged by the fires,” said Mr Barilaro. 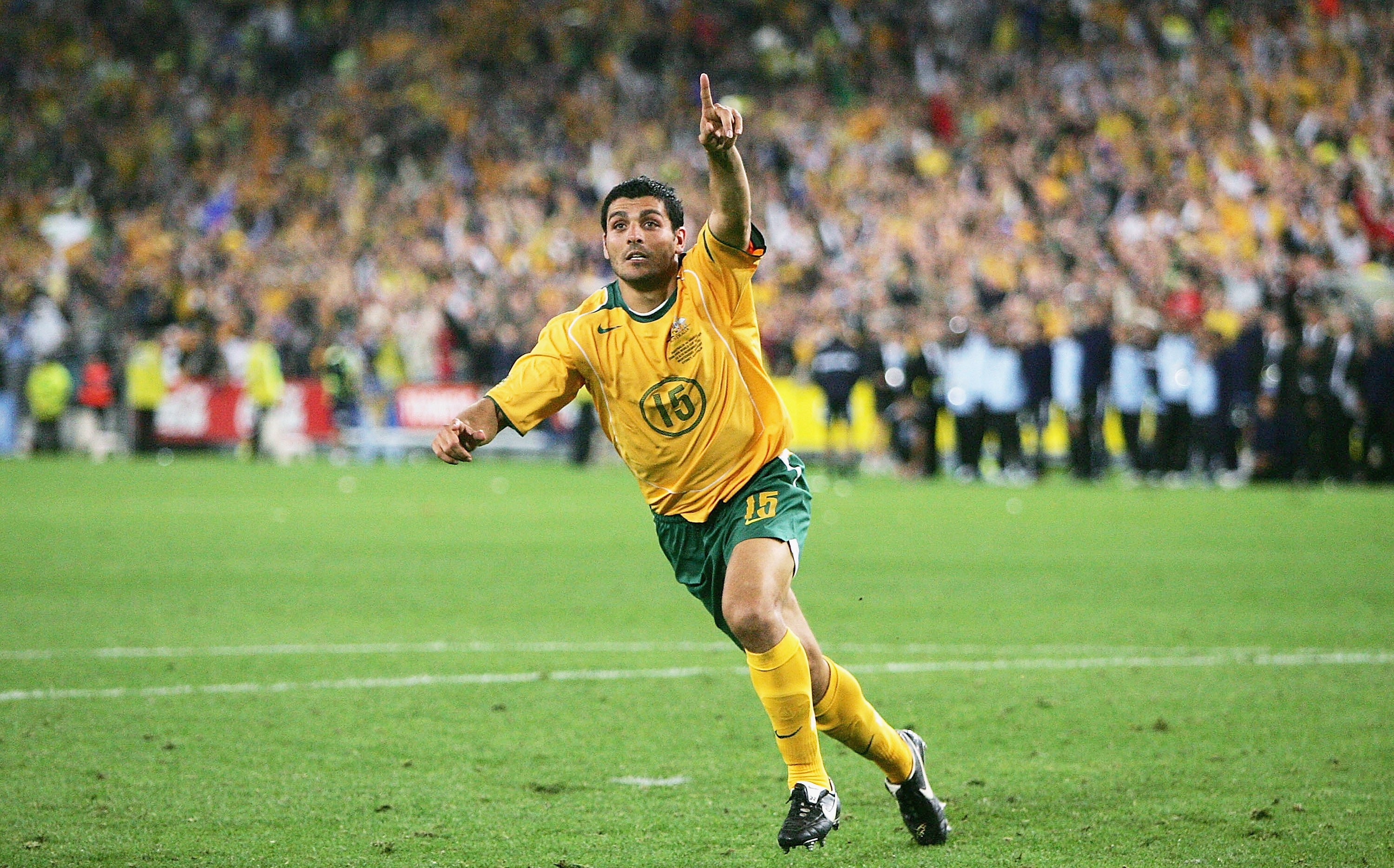 John Aloisi returns to the scene of this iconic moment in Australian football
“Sport has that amazing ability to unite our regional communities in times of need and to get superstars past and present wanting to be part of this match is incredible.

“Our regional communities have been outstanding in these emergency situations over the past few months and we need to be as bold in our recovery effort as they have been in the face of disaster.”

Two teams of legendary footballers will be selected to play for the Firefighters All Stars versus SES All Stars competing for the Football For Fires Cup, with game-day kits for each team being developed by Kappa.

Lou Sticca, Managing Director of Tribal Sports Group, said more international and Australian players will be added to this list in coming days.

“The #FootballForFires match is harnessing the world game and its star players to draw attention to the Australian bushfire crisis and the crucial rebuilding of communities that will be required long after the fires have eventually burnt out.

“Volunteers will receive an allocation of tickets to the game and the Firefighters and SES members will fill the supporter areas at both ends of the ground and, along with thousands of football fans, will create a fantastic atmosphere at ANZ Stadium.

“As Australia says thank you, all service members and volunteers in attendance will also undertake a pre-match lap of honour. It will be a ticker-tape parade for our heroes on the frontline.”

While Sydney will host the match, the event will honour and recognise all fire-fighting agencies and State Emergency Services personnel who have been involved in the bushfire crisis Australia-wide.

All proceeds from the match will go toward the restoration and improvement of local football clubs and facilities in fire-affected areas nationwide. Football supporters around the world will also be able to donate to the relief, recovery and rebuild efforts in our communities through the Australian Red Cross, and local donations can be made to the NSW Rural Fire Service and NSW SES Volunteers Association.

Tickets will go on sale to the Football Family from 12 noon Thursday, 30 January and to the General Public from 12 noon, Friday 31 January. Adult tickets start from just $29 and family tickets from $59. More than 40,000 seats will be made available at these affordable prices.

The first release of players for #FootballForFires at ANZ Stadium, Sydney, on Saturday 23 May 2020 is:

I wonder which player from this group the Mariners will subsequently sign.
I

marinermick said:
I wonder which player from this group the Mariners will subsequently sign.
Click to expand...

They seem to have missed that Milligan is now at Saffend

IIRC Lawrie (turncoat) made abig play for Milligan in the early days - drink fuddled or did it happen?

FFC Mariner said:
IIRC Lawrie (turncoat) made abig play for Milligan in the early days - drink fuddled or did it happen?
Click to expand...

Milligan actually had a verbal agreement to play for the Mariners and then went to Sydney.

They reckon he avoided Fergie all of season one.

Graham Arnold's pleas for Olympic-age Australian players to receive more game time could be answered by a hybrid youth competition featuring A-League under-23 teams and aspirants for a national second division.

Friday night's Y-League grand final between Sydney FC and Melbourne Victory could be the last in its current guise, with A-League clubs ready to progressively expand it into a full home-and-away season and lift the age cut-off for players from 21 to 23, sources have told the Herald.
You must log in or register to reply here.
Share:
Facebook Twitter Reddit Pinterest Tumblr WhatsApp Email Link
Top