Pirate Pete said:
Is it a Guide Dog?
Or did you miss pjennings post above yours?
Click to expand...

The dog can see OK....its me that was blind! Thankfully no Whiskey has been consumed tonight and I can read again.......tbf I responded to PP prior (see what i did there) to reading Pat's post.

Wombat said:
The dog can see OK....its me that was blind! Thankfully no Whiskey has been consumed tonight and I can read again.......tbf I responded to PP prior (see what i did there) to reading Pat's post.
Click to expand...

so your response to PP was prior to Pat`s post highlighted by Pirate Pete...that`s a lot of P mate....

style_cafe said:
so your response to PP was prior to Pat`s post highlighted by Pirate Pete...that`s a lot of P mate....

That's quite a lot of p-ness indeed

6-1 win and could have been more . St George weren't great but you can only beat what's in front of you.

Tsekenis with 3 (or maybe 4, not sure). Lewis F Miller played but in all that, my MoM was Dan Hall. Amazing leader, damn good player. 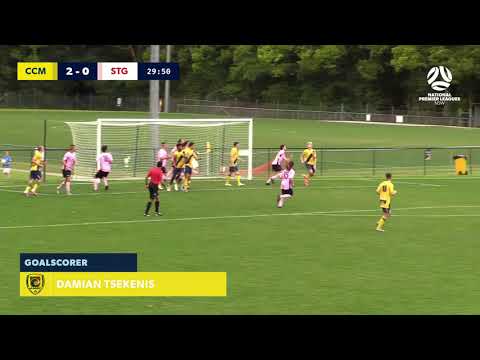 https://www.ftbl.com.au/news/throughout-a-club-crisis-mariners-youth-are-thrashing-all-comers-553690
Throughout a club crisis, Mariners youth are thrashing all-comers
By Lucas Radbourne Sep 22 2020 11:28AM

While the Central Coast Mariners' A-League team enter crisis talks to prevent the club leaving Gosford, that Centre of Excellence they built is beginning to pay dividends in the NSW NPL.
It's a huge turmoil that threatens to envelop one of the A-League's proudest clubs.
Gosford fans have endured years financial instability, ownership issues related to UK-based backer Mike Charlesworth, coaching disaster appointments and a toxic playing culture that has led to on-field dysfunction.

But perhaps the one positive to come out of the past few seasons has been the slow emergence of the one side of the Mariners that has always been productive and - once upon a time - led the club to their original incredible glories.
The club that spawned the likes of Trent Sainsbury, Mat Ryan and Mile Jedinak now boast one of the A-League's premier youth academy systems centered at the Tuggerah Centre of Excellence.
It's been a slow burn for the Mariners youth program, which slipped out of the NPL1 grade. But that slight demise appears to have worked wonders for a refreshing effort under club legend-turned-coach Nick Montgomery.
The Mariners' NPL squad have now scored 34 goals in nine matches this season - nearly four goals per game on average, they have strikers in the top two golden boot places - and are leading the NPL2, while M3 rivals Newcastle Jets languish at the bottom of the ladder.
They continued that phenomenal form against SD Raiders last weekend, winning 6-1, and everyone involved is now looking towards promotion, a championship, and a rare feel-good-story for one of the A-League's most derailed clubs.
“Coming up to the bye weekend we knew how important it was to get 3 points,” Montgomery said.
“To do it in such emphatic fashion showed great character and we could probably have won by more, and were unlucky to have a goal ruled out too.”
“I’m happy with the result but still disappointed that we conceded a goal late in the game that cost us a clean sheet. I’m always demanding concentration from the players so those lapses are frustrating.
“[Damian] Tsekenis has had to be patient but with Jordan Smylie injured who was having a fantastic season, he took his chances the last few games and has scored five in that span. But with those guys, plus Matt and Alou we have plenty of competition for places which is healthy.
“We need to train more in the heat,” he said earlier this week.
“With spring here we need to be better acclimatised to playing football in warmer weather.”
“If we can get ourselves to that point and manage the conditions better than the other three teams in the finals, then it could be the edge that we need through those games.”
He recently told FTBL that the club was working in the right direction.
“In terms of looking at the NYL, for me the biggest thing was recruitment,” Montgomery said. “Most of the boys are from around the Coast, which is fantastic, they’ve been around the club a long time. But we also went around the country, got a couple from Melbourne, a couple from Queensland and really casting the net to find the best talent in the country.
“The one thing that the Mariners are renowned for doing is the pathway into the A-League and beyond. You only have to look at the players that have been through this club and are playing in Scotland, the Premier League or in Europe.
“I don’t think there are many A-League clubs that can even compete with the players that have come through here and moved on. So that’s one thing that we’re proud of and we’re trying to get back to doing that.
“It’s not happened as much in the past three or four years, but if there’s one thing that I’m really passionate about doing it’s about creating opportunities in the A-League and overseas and that’s something we’re all working hard to do.”

Last game of the season proper this Sunday at Pluim and hoooo boy - it’s all on the line in the race for top spot as we take on second placed Bonnyrigg.

The Mariners currently sit in pole position, just 1 point ahead of their opponents this weekend in a match which will ultimately decide who finishes top - and as a result wins hosting rights for the major semi final.
The young Academy side have the best attacking record in the league, having scored 34 in their 9 matches played so far. Conversely, Bonnyrigg’s defence have well and truly proved to be the stingiest, conceding just 8 goals in their 9 games, in a league which has been renowned for its high scoring encounters.

Both teams will also have a keen eye on the Spirit FC game which is being played on Saturday night. Spirit are currently in third spot on the ladder, only behind Bonnyrigg on goal difference (+7 v +6). Spirit would be the heavy favourites against a St George side who have conceded 10 in their last 2 games - however anything can happen in this league. Should Spirit win, they’ll go 2 points ahead of the Mariners, leaving the Academy needing a win on Sunday to secure top spot on the last day.

The Mariners are undefeated in their 4 games at Pluim so far this season - scoring 20 goals along the way, certainly proving to be the masters of entertainment in that respect. Bonnyrigg haven’t had too much joy on their travels so far this year, having won just 1 of their matches on the road, and conceding 5 of their 8 goals in that time.

Kick-off is at 3pm for first grade and 1pm for u20s - of course u20s have already wrapped up top spot - get there if you can to hopefully celebrate a premiership party for both senior sides!

Of course if you can’t make it, the match is streamed live on NPL TV. It’s free to sign up and you’ll get to hear some bloke babbling on about what’s happening in the game and throwing up the occasional random stat.

Is there promotion this season, and if so is it based on premiership, grand final or a club championship like BPL?

turbo said:
Is there promotion this season, and if so is it based on premiership, grand final or a club championship like BPL?
Click to expand...

Means we get f**ked over again and scum get a leg up.

I only watched the second half.
The score on screen was confusing me. At one point my other half called out about something.
Took my eye off the screen for a second. When I looked again it said we'd scored?
And I hadn't even started drinking.

Closer game than the scoreline suggests. We had the quality when it mattered and they didn't.
We play them again in the semi's (at Pluim I expect)
Get down there if you can. Makes a lovely change to watch a team that is competitive
Last edited: Sep 27, 2020

What a season from the youngsters. 38 goals scored, premiership secured, top two places in the golden boot as well - and all told, 13 different players found their way on to the scoresheet at some point throughout the season.
Huge credit to all involved especially Monty, Sergio, and Ken Schembri.
Can’t wait for next week’s semi final!!

It was a good game to watch. They were unlucky not to score more though hitting the crossbar and Hart(?) made some fantastic saves for us.
That said so did their keeper and we could have had more too
M

First time I've watched anything but highlights and it was a good game.

I've read on here about Dan Hall and at that level he really is a class above. He reminds me a bit of Sainsbury, so much more time than other players, generally defends to win the ball back and restart attacks - our first goal was an example of this. He's so athletic too, it's always like he has to be beaten twice he covers ground so quickly.

Semi final tomorrow, back at Pluim and it’s Bonnyrigg making the trip up again.
3pm kick off for first grade, 20s are on at 12.30.
Would definitely recommend getting down to Pluim for this one!
The game will once again be on NPL.tv for anyone unable to make it to Pluim, as well as on the brand new shiny NPL.tv app (available for both iOS and android)!

Under 20's got up 1-0 AET. Goal late on by Awaratife - reacted fastest to a loose ball and the kid is a natural poacher.
Tense game in 1sts., Bonnyrigg went 1 up in 2nd half but goals to Kuol and Ballard (?) got us over the line 2-1. Bonnyrigg werent great but they were super organised and hard to break down.
Slighty better finishing from Smylie and we would have flogged them late on as they pushed forward.
Like all semi's not a spectacle but they dug in and got the job done.
Last edited: Oct 5, 2020 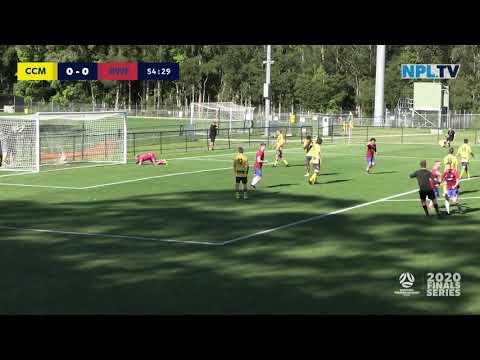