New A-League season set to begin during Christmas holidays
The next A-League season is set to begin in the peak of the summer holiday season, with clubs working towards a proposed December 27 kick-off.
Football Federation Australia, A-League clubs and the players' union are making plans for a condensed 26-round regular season that will begin after Christmas and finish with a grand final played before June 30. While the draw is yet to be finalised, senior sources involved in discussions suggest the proposed format will likely include a number of midweek matches to fit 26 rounds plus finals into just six months. 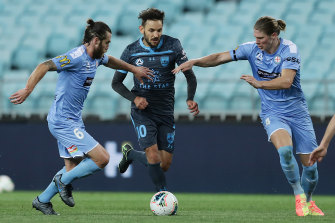 A-League season set to begin on December 27. CREDIT:GETTY
Club sources suggested the need for a shortened season relates to the competition's broadcast and the rescheduled Tokyo Olympics which are set to begin in July 2021.
A-League clubs wanted the season to be pushed back until early in the new year in hope of beginning with fewer regulations around crowd limits, border closures and other restrictions relating to the COVID-19 pandemic. However, the competition's broadcast agreement with Foxtel requires the season to start in December and finish in July.

Australian defender Aleksandar Jovanovic has joined Macarthur FC.
However, clubs are now eager to finish a month earlier to avoid the finals series clashing with the Tokyo Games, which could see a significant player drain due to international commitments as well as a lack of public interest should the grand final go head-to-head with the Olympics. The Olyroos are competing in their first Games since 2008 and the core of the core of the current squad are based in the A-League.
Meanwhile, Macarthur FC's inaugural defence will be one comprised of players new to the A-League with the Bulls set to unveil Australian journeyman, Aleksandar Jovanovic, as their newest addition.
Club sources suggest the 31-year-old former K-League and Chinese Super League has signed with the Campbelltown club for the start of their inaugural season, where he will join Socceroo centre back Aleksandar Susnjar and goalkeeper Adam Federici in their first A-League season.
Since leaving National Premier League side Parramatta FC in 2007, Jovanovic has spent his entire career abroad, playing in Serbia, China, South Korea, Thailand and Bosnia.

The towering centre-back had been linked with a Socceroos' call-up but is yet to play international football either for Australia or his ancestral country of Serbia. Jovanovic will be the 12th signing announced by the club.

So it looks like NYE will be our 1st game of the new season.

Finishing 30 June will hurt their plans for winter football.

it would mean a six months plus off season.

It is believed FFA is considering dipping into the past, and exhuming the "Australia Cup" name - the forerunner of the modern competition, and last played in 1968.

Famously - or infamously - the old Australia Cup trophy was saved from being lost forever after builders discovered it in a rubbish bin during renovation work at the Hakoah club in Sydney, back in 2011. Hakoah had been the last winners of the Cup, defeating their namesakes from Melbourne 6-1 over a two-legged final.

From the archives: The 1964 Australia Cup final.

The trophy has since been restored, and was housed until recently at FFA HQ in College Street, Sydney - itself soon to become a relic of the past, with the FFA having terminated its lease on the premises, ostensibly ahead of a move to a "Home of Football" as outlined in the XI Principles.
FFA has shown increased interest in linking the history of the old Cup to the new one in recent years. The modern trophy pays homage to the 1960's version, and in 2019, Chairman Chris Nikou presented the old trophy for safe-keeping to George Cross, the last surviving club to have won the former competition.
The potential change is not the only one being debated to the knockout competition, which will return after a year hiatus thanks to COVID-19, in 2021.

FFA CEO, James Johnson, is believed to be among those keen on adopting a group stage to the early phase of the Cup, offering more games for both A-League and NPL clubs. An open draw is also under consideration, which would do away with the current situation whereby at least one NPL club is guaranteed a spot in the semi-finals. The Cup was kept out of the one-year extended broadcast deal with Fox Sports, perhaps to be used as a testing ground for a proposed digital hub, run by the game itself.

FFA is also keen to offer a half spot into the Asian Champions League for the winners of the Cup, while the alignment of the football calendar to winter would continue to offer it some "clear air," with the early rounds to commence in July, and continuing through until the final around November.

FFA is believed to be keen on the final becoming the last game of the calendar year, as is the case with most European knockout competitions. This could also offer the game another golden opportunity to remember its history in my opinion.

A standalone final in Canberra in the week of Remembrance Sunday would offer football the chance to build some traditions in the national capital - and to tell some little known stories - especially with the other codes being dormant at that time of year.

The return of the A-League and Westfield W-League is announced today with the reveal of the 2020/21 competition calendars.
For the first time in the competitions’ history, the two leagues will begin in summer and on the same date, Sunday 27 December 2020. The new calendar also mean that the majority of the season will be played concurrently with the grassroots football season. The 161 men’s matches will be played over 23 weeks, with the Grand Final set for June, and the women’s 57 games will finish with a Grand Final in April.
With the addition of Macarthur FC, joining the league for their inaugural season this year, the men’s fixture list now features 12 teams. The Sydney-based side received their A-League license in 2018 alongside Melbourne’s Western United FC who began playing in 2019/20.
Mariners Head Coach Alen Stajcic said that with a date now announced for the season, he and his team are looking forward to being back out on the park.
“We’ve been back at training for almost two weeks, and now we have a date for the season we’re all looking forward to getting back out on the pitch for the A-League season,” he said.
“The support of our Members and fans has been invaluable this year and hopefully we can see them back in the stands soon when football returns.”
Following on from this announcement, the Central Coast Mariners can confirm that 2020/21 Memberships will go on sale in late October. More information regarding options and packages will released shortly.
Greg O’Rourke, Head of Leagues said “This year’s calendar sees us kicking off two seasons of Australia’s best football on the same day, right in the middle of summer.
”The men’s competition now features 12 teams, including three in Sydney and three in Melbourne, meaning more derbies, more intensity and more fans.
“With families at home together during the holiday season, great weather, and games broadcast live on multiple platforms, there are so many ways for fans to be close to the action, at home or in the stadium.”
Matches will be broadcast live on the My Football Live App, FOX SPORTS and Kayo, with selected matches on ABC TV. The full fixture schedule for both leagues, including broadcast details, will be released in early November. 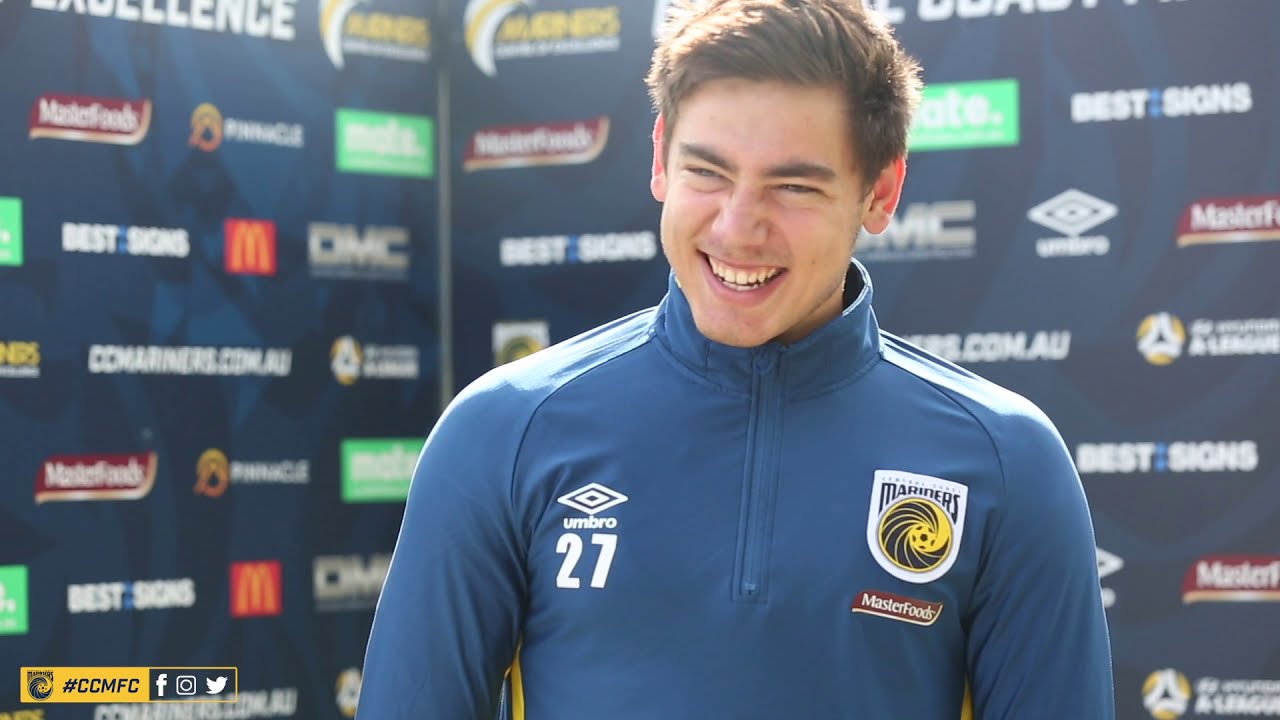 Lewis Miller spoke to local media on Friday about returning to training, study and what he's aiming to get better at heading into his second A-League season. 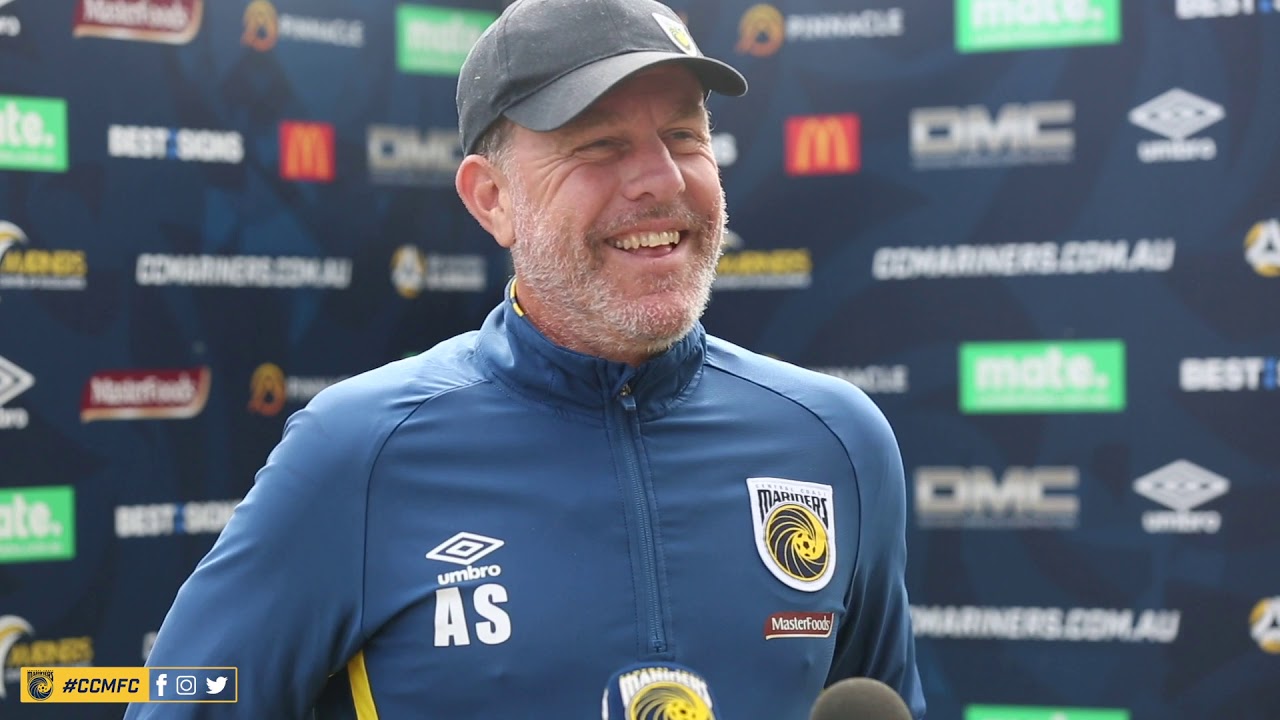 After a restart date for the A-League was announced, Staj spoke to media about looking ahead and the current crop of youth talent.

Wellington Phoenix confirmed its plans for the A-League 2020/21 season, which is scheduled to begin on 27 December 2020. Due of the current COVID-19 travel restrictions, the club has made the difficult decision to base the Phoenix squad out of New South Wales, Australia for the start of the...

Anyone heard anything about a new kit? Most teams have released one, are we not changing like Sydney?

Anyone else tracking the pre season game we played against SFC?

shipwreck said:
Anyone else tracking the pre season game we played against SFC?

Not surprising - given the squad lists at the moment.
T

pjennings said:
Not surprising - given the squad lists at the moment.
Click to expand...

Agreed. Of their starters Sydney have lost ALF and I think that’s it. They won’t be competitive in the ACL but that’s a strong enough team to be top 3 in the A league no problem.

Im expecting a bigger gap between the few teams at the top and the rest this season. If you can keep a strong squad like Sydney together while others have to rely on more youth the outcome is pretty obvious.

It was a game of three 30 min halves (or thirds). The final score was 5-3 with lots of player rotations on both sides. Behind closed doors for training purposes.

Shaun Mielekamp said:
It was a game of three 30 min halves (or thirds). The final score was 5-3 with lots of player rotations on both sides. Behind closed doors for training purposes.
Click to expand...

So do we have any decent players coming Shaun or is this our season again?
S

Wombat said:
So do we have any decent players coming Shaun or is this our season again?
Click to expand...

Shaun Mielekamp said:
It was a game of three 30 min halves (or thirds). The final score was 5-3 with lots of player rotations on both sides. Behind closed doors for training purposes.
Click to expand...

Thanks Shaun. Nothing to worry about really.
Are you able to provide any update on kits?
T

style_cafe said:
from overseas or locals???????

He could say both and just be referring to Simon and Ziggy.

turbo said:
He could say both and just be referring to Simon and Ziggy.
Click to expand...

If it is, then the spoon is ours,as I don`t think we`re anywhere near as strong as we were last season & we all know how that ended...

Have we reached the cap min yet? I find it hard to believe that we have with this squad and the huge amount of money being saved from those we did not re-sign, even with a cap reduction. I still hold hope for a couple of important signatures.
You must log in or register to reply here.
Share:
Facebook Twitter Reddit Pinterest Tumblr Email Share Link