From the 2021 iteration of the FFA Cup onwards, the FFA Cup Final will be played at a neutral venue and the FFA Cup Semi-Finals and Final will be contested on stand-alone weekends to ensure that the competition’s showpiece fixtures have the opportunity to establish a significant place on the national sporting calendar.
Additionally, for the first-time next year’s FFA Cup winners will be granted one of Australia’s preliminary round slots in the AFC Champions League*, meaning clubs from all levels of the Australian football ecosystem can aspire to compete against Asia’s best.

FFA Chief Executive Officer, James Johnson, said adjustments to the FFA Cup from 2021 onwards are aligned to Principle IV of the XI Principles for the future of Australian football and will bring a new edge to the competition.

“Principle IV of our XI Principles speaks to the ongoing optimisation of Australia’s competition structures and ensuring that Australia’s football pyramid is aligned and connected. The FFA Cup is unique amongst all other sporting competitions in Australia in that a team of builders, electricians and office-workers might get the chance to compete against five-time A-League Champions Sydney FC,” Johnson said.

“These changes to the FFA Cup from 2021 onwards demonstrate FFA’s commitment to not only enhancing the FFA Cup for the enjoyment of our football community, but to provide players and clubs at all levels of the game with the opportunity to aspire to represent Australia on the global stage.

The 2020 version of the FFA Cup was cancelled earlier this year due to the impact of the COVID-19 pandemic. At the time of cancellation, 765 clubs had registered to participate in the competition – the second most since the competition commenced in 2014.

Johnson is confident that a significant number of the clubs registered to compete in 2020 will return in 2021, as the FFA Cup Round of 32 draw and format is also revised.

“Next year’s FFA Cup Preliminary Rounds will be held much like in years gone by, however we are moving to adjust the structure of the Round of 32 – where professional A-League clubs enter the competition – into four geographic Zones. These Zones will promote local rivalries and competitive tension, and for the first time will feature an open draw to determine matches. The open draw will continue to feature right through to the semi-final stage, ensuring that there’s absolute uncertainty when the draw for each round of the competition is staged,” he said.

The FFA Cup 2021 Preliminary Rounds will be held between February and July next year, with the Final Rounds planned to be played between July and November. Precise match dates and details will be confirmed in due course.

The FFA Cup has received widespread acceptance by the Australian football community since its inception in 2014 because of its ability to connect all levels of the game across Australia. The knockout format has generated competitive tension and uncertainty over the years and these new enhancements further solidify that this competition rewards sporting merit.

The introduction of an FFA Cup for women and youth are part of FFA’s bold and innovative 15-year vision for the game. FFA will also continue to assess the introduction of a group stage throughout the competition, as ways to enhance and increase the number of competitive match minutes available to Australian players are considered.
Throughout 2021, FFA will conduct consultation with Australia’s football community regarding the potential renaming of the FFA Cup. The potential renaming of the competition is due to the current transition from Football Federation Australia to the new company name of ‘Football Australia’. The transition from Football Federation Australia to ‘Football Australia’ received unanimous Congress support at FFA’s seventeenth Annual General Meeting held on Wednesday, 25 November 2020.
In addition, FFA today launched a short survey to capture data and feedback related to the FFA Cup and its development. The survey, available here, provides Australia’s football family with the opportunity to submit ideas as to what the FFA Cup could be named in the future.
HAVE YOUR SAY ON THE FFA CUP 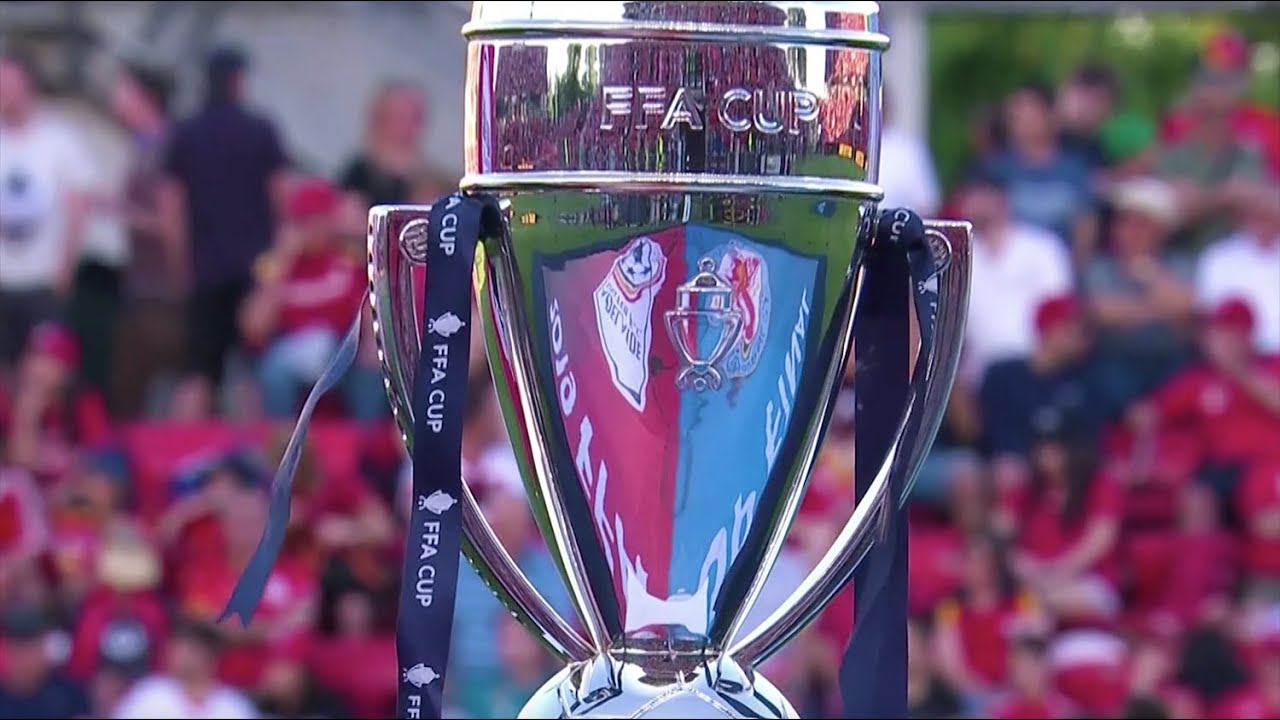 Hopefully we get to watch it, I read that it’s still up in the air how it will be televised.

Tevor said:
Hopefully we get to watch it, I read that it’s still up in the air how it will be televised.
Click to expand...

You would imagine it will be via a streaming platform like NPLTV - actually, NPLTV might do it

I think it will be similar to NPLTV - but probably through a new FFATV.